Here at Bamboo we like to stand on the shoulders of giants and let others run our infrastructure for us, and EKS has made running clusters on AWS easy and reliable. By following this post you will create an EKS cluster using networking principles that follow AWS best practices, using just one CloudFormation file, and one Kubernetes template.

The much needed gap

There are other guides on the web that take you through the creation of an EKS cluster, and many example CloudFormation templates. However, as others have noted, the CloudFormation examples provided by AWS contradict their own advice on VPC partitioning.

There are other tools available for this kind of “one command” creation, such as eksctl. However, if your deploy process is based around CloudFormation, then it makes sense to keep your templates in source control (eksctl doesn’t currently allow exporting them). This is especially true if you use Service Catlog.

The aim of this guide is to deploy the simplest possible system that demonstrates a working EKS cluster with the VPC partitioned correctly. A number of components will be created:

To get this example cluster up and running, ensure you have an SSH key pair, and have made a note of the key name, then perform the following:

What does this script do?

We can run a few basic commands to check we have established connectivity:

Note, the nodes in your VPC are completely private. However, you can still access the running pods using kubectl (via the AWS control plane) and even run a shell on one:

The setup you have created demonstrates a cluster with AWS network recommendations applied. The setup is designed to be as simple as possible, but no simpler.

Beyond applying your business logic, there are a few ways to proceed from here:

Good luck with your voyage into the Kubernetes world! 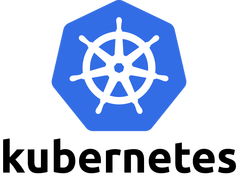